Get e-book The Conversation That Matters Most 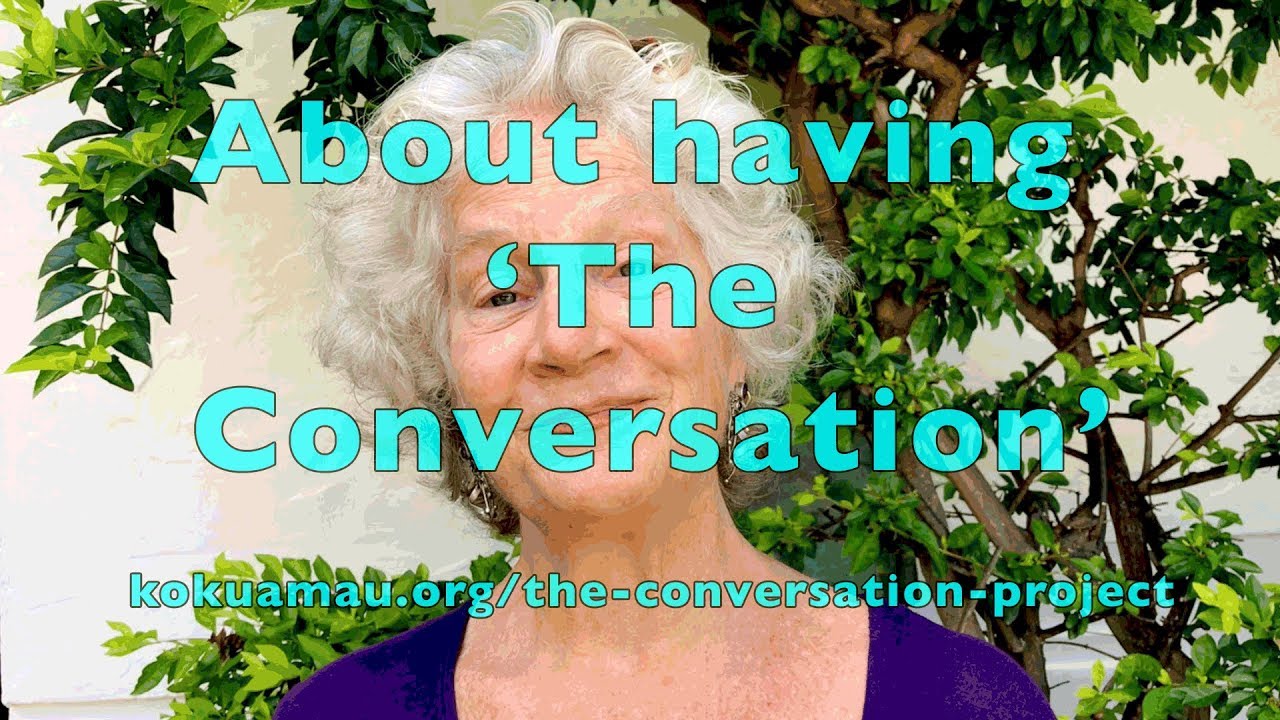 But discomfort and awkwardness are not limited to topics on the editorial page. Anytime we feel vulnerable or our self-esteem is implicated, when issues at stake are important and the outcome uncertain, when we care deeply about what is being discussed or about the people with whom we are discussing it, there is potential for us to experience the conversation as difficult. Per the authors, there are three dimensions to a difficult conversation: practical substance "the What Happened conversation" , emotional or inter-personal subtext, and identity or inner-personal subtext.

Pointing out something that's both obvious and easy to miss, Stone et al point out that difficult conversations are rarely about what's true so much as they're about what's important, and a lot of trouble can be saved when participants are careful to distinguish between factual claims and value claims.

The What Happened conversation consists of the concrete matter of dispute, such as a friend's drug abuse or a boss' bullying. Stone et al urge readers to keep in mind that facts fit into a story, and disagreements usually stem from different stories rather than conflicting facts. To get past this, it's important to be clear about "what happened" according to you, including the assumptions, values, and past experiences which inform your story; and of course it's just as important to clearly understand the other person's "what happened" story, and where they're coming from.

For example, an undocumented migrant laborer and a member of the Romney clan will have very different life-experiences to inform their views on, say, the police. This doesn't mean both are equally right; it just means that if you want to communicate, you've gotta get clear about what you're saying and what the other person's saying. Because at bottom, difficult conversations are about feelings. This sounds a little hippie-woo-woo, sure, but when you think about it, what could be more obvious than the fact that emotionally-difficult conversations are difficult because of the emotions at their core.

If anger is what's getting in the way of a productive exchange, then you've gotta deal with anger and the brew of other emotions which are almost always simmering underneath it. And these strong emotions which can make conversations so difficult are connected not only to the other person, but to internal issues of self-image, confidence, and identity. Your correspondent can report that in his own emotional travails, the times when he's gotten pissy and brutal have been only weakly correlated to something shitty the other person did.

When I'm internally okay, it's hard for other people to hurt me. Incidents of pissy brutality strongly correlate, on the other hand, to my own shame, inadequacy, etc. When I'm hurting and desperate, I'll find something to be angry about. Anger is an easier emotion to handle than self-loathing or incompetence; like a nation which goes to war rather than address domestic inequality, getting pissed off is a way to dodge your own spiritual self-improvement. So those are the three conversations: the "What Happened" conversation, the emotions conversation, and the identity conversation.

The three bleed into each other like pages of a damp sketchpad, with "What Happened" "You tattled on me to the boss" serving as an unconscious metaphor for emotional "I feel betrayed, hurt, angry, and confused" and identity "I fear that other people don't value me or take me seriously" subtext. Again, this all sounds really whiny and touchy-feeling, like a new-age inner-child symposium complete with re-birthing ceremonies and 'Song of Myself' creative re-writes.

But, again, here's the juice: people fundamentally act based on emotion and self-identity. We are not a species of Spocks; we are a species of McCoys. If you want to ignore emotions, you're free to emulate the hollow machismo of Sly Stallone and the GOP; but if you want to have productive conversations about blood-pressure-raising topics, you've gotta address identity and emotions. And if you want to behave rationally, you've gotta manage your emotions first. You cannot will yourself to emotional balance.

This means doing stuff like learning to listen to your own emotions, and thinking hard about which emotions you've learned are appropriate and which are taboo, and thinking about how you've learned to express your emotions. Strategies for hearing where the other person is coming from, and for difficultly conversing in general, include: -Shut up and listen. Don't pretend to listen, don't interrupt, don't nod while thinking about how you're going to respond. But I'm having a hard time concentrating on what you're saying, because I feel really angry and cornered right now.

Having put that out there, I'd like to try again to hear what you've got to say. Genuinely try to understand where the other person is coming from. Paraphrase what you're hearing from them, to make sure you've got it right. What's at stake for them? What's the cost for them to accept your version of the story?


He does this because cigarettes help him deal with stress and depression, and he's afraid of failing if he tries to quit. His sister Joan hates that he smokes because of smoking's health effects, plus she finds cigarettes gross. Doing this gets all the important pieces out in the open without triggering anyone.

Sometimes someone really just needs to be hears: "I hear that you were hurt by what I did. Very well, I contradict myself.

Crucial Conversations: How to Effectively Discuss What Matters Most

I am large, I contain multitudes. Recognize the smorgasbord of facts, observations, values, interpretations, etc.

You know what their impact was; you don't know what their intent was. Own your impact. Figure out how to frame the issue in a way that's accurate and rings true while also allowing you to work toward a solution. The difference between "I'm a useless scumhole junkie" and "I struggle with addiction" is nothing other than framing, but that difference is the basis of recovery. Does that seem accurate to you? Can you think of what might be causing that?

This is philosophy stuff, but the difference between having caused something vs. Cause is about the chain of events which lead to some outcome. Responsibility or blame is a complex, socially-constructed ethical claim. Think again of a drunk driver who runs over a pedestrian: it's obvious that the driver is responsible or blameworthy for the accident.

But it's also obvious that the pedestrian contributed to the accident by walking across the street; similarly, the driver's friends contributed by not doing more to keep him from drinking and driving. Talking about blame is useful if the goal of the conversation is figuring out who to punish. But if your goal is to problem-solve, then talking about contribution instead of blame frees you from decreeing a judgment and lets you concentrate on the practical question of, "What can we change to fix this in the future?

That doesn't mean you shouldn't get angry, just that your anger should be directed toward finding solutions rather than scapegoats. Also, when you try to raise the issue of contributions during a difficult conversation, own your contributions to the problem first, then explain what you think they contributed. This may take the other person off the defensive and make them more open to hearing about their own contribution, because it signals that you're not trying to cast them as the sole villain.

And always make your reasoning explicit: "Here's what I think you contributed, and here's why I think that Let go of trying to control their reaction.

Summary of "Difficult Conversations: How to Discuss What Matters Most"

That's outside your power. Prepare emotionally, ahead of time for their response. Imagine yourself in the distant future, to get some perspective on just how important this conversation really is. Take a break if you need it.

What really matters at the end of life - BJ Miller

Contra John McCain, there is a difference between listening to someone you disagree with and consenting to their demands. You can make strong demands on someone without acting like a bully or a blowhard.

If you do end up without an amenable solution, be clear about what you're doing and why. Don't be passive-aggressive; be calm-assertive. As I've said, the pay is better, and I don't feel confident enough about working conditions here for me to stay on. But I appreciate you taking the time to discuss this with me View 1 comment.

What Matters Most: A Conversation With Brian Wong, MD, MPH. - PubMed - NCBI

Sometimes we think its obvious and it isn't, and it always helps the conversation when people understand your reasoning. View 2 comments. Aug 24, Jaclyn rated it liked it. This book will help anyone get a better handle on tricky interactions.